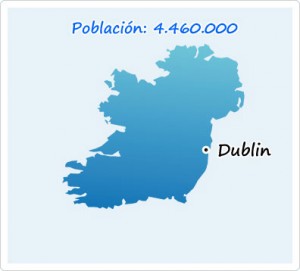 This beautiful country is located on an island in the North of Europe, near Great Britain. It is a sovereign Member of the European Union, which occupies the greater part of the island of the same name. Ireland is a place of fantastic legends and lasting memories.

The history of the island goes back to the year 6000 BC, and since then have occurred many things!

From invasions of Neolithic tribes, to San Patricio converting the island to Christianity, or the great diaspora that made that Irish culture is distributed all over the world… our past really laid the groundwork for a bright future

Come to Ireland and immerse yourself in the places that the island offers.

Why study in Ireland?

It has easy access to all European cities at a low cost.

You can work 40 hours and 20 hours while you study in your holiday.

There is so much population Spanish-speaking.