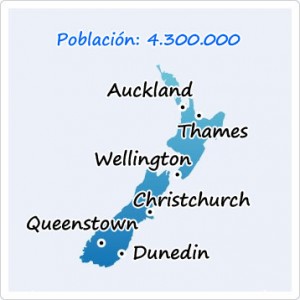 New Zealand was the last country discovered by European explorers and was its colonization by the British in the 18th century. Bicultural society of European and Maori of the time, is now a multicultural and cosmopolitan population. Today Auckland is the largest city in the country and has a population of one million inhabitants. Four-fifths of the population is of European origin; an inhabitant of seven is Maori; one of every fifteen is Asian, and one of every sixteen of Polynesia.

New Zealand is renowned for its lush nature, recently featured in the film in the Lord of the Rings trilogy.

Nulanda also has the reputation of being a leader in adventure tourism, and is the birthplace of extreme sports such as he bungee jumping, skiing, sailing, and jet boating, among many others. The compact size of the country and the pleasant climate in the four seasons provide recreational opportunities for everyone.

But in New Zealand, not everything is nature and sports. The cities are modern and developed, and there is an extensive cultural offer. The country has a stable and progressive left politics. The kiwis (New Zealanders) are proud of the fact that New Zealand was the first country to grant women the right to vote, and for being the first Nuclear Free country. For visitors, New Zealand offers a healthy, fresh, and safe environment.

Why study in New Zealand?

Option to work part-time during the period of studies 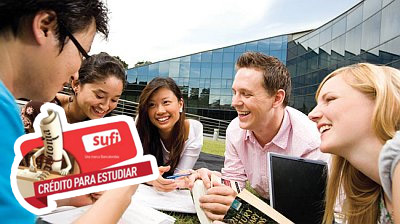